skip to main | skip to sidebar

So this blog is pretty much extinct at this point, but if you want to hear music created by one of the creators of this blog, click the following link: Chops Brosky Soundcloud

Thanks! Rich Alan
Posted by rich alan at 7:40 PM No comments: 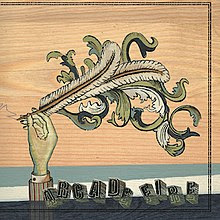 Writing is hard. When I saw Funeral was next in line on my quest to revisit my entire music library I cringed. I am simply not creative or descriptive enough to express how great this record is. Most of you already know. You already know how perfectly Funeral taps into all of life’s emotions. There is joy and empowerment and sadness and despair here, oftentimes all felt within one song. There has never been a better record to invoke the nostalgic memories of childhood, poetic lyrics that paint pictures of those memories into your head so completely you realize you had forgotten them before you heard Arcade Fire. These statements hold true for the album as a whole as well as with each individual song, which not only makes Funeral one of the best records ever made, but all ten tracks act independently as some of the best singles to come out of the past decade.

What first caught my ear with Funeral was the raw, fearful emotions of young love locked up in the lyrics of “Crown of Love” and especially “Neighborhood #1 (Tunnels),” where Win Butler sings of digging a tunnel from his childhood window to a companion’s to escape his parents' sadness, and as the song progresses and the lyrics touch upon the loss of a loved one, Butler reflects on how we remember those we lose as we age. That this interpretation can be taken so ambiguously as to suggest the loss of love, family, innocence, or friendship (or all of the above) with perfectly complimentary instrumentation is nothing short of genius. Pondering life’s meaning and how we make our way in this world are tackled with simple potent statements in “Wake Up” (If the children don’t grow up / Our bodies get bigger / But our hearts get torn up) and “Neighborhood #3 (Power Out)” (And the power’s out in the heart of man / Take it from your heart / Put it in your hand / What’s the plan?). And of course as the album’s title suggests and as the artists themselves have stated, death is frequently discussed. In “Neighborhood #2 (Laika)” a story is told of losing a brother, and the details of the story allege an interpretation of Alexander Supertramp's life (of Into the Wild). The album’s full concept just might culminate with “In the Backseat” though, where Régine Chassagne softly sings, I like the peace / In the backseat / I don’t have to drive / I don’t have to sleep / I can watch the countryside / And I can fall asleep / My family tree’s / Losing all of its leaves. Some of the most powerful lyrics I have ever heard.

Arcade Fire’s legacy has grown over the years culminating with a surprise 2011 grammy for The Suburbs. You can’t help but root for these Montrealers (unless your Kings of Leon). From their powerful performance, which introduced them to a large crowd on Letterman, to one of the best live collaborations ever captured on camera between the group and David Bowie at a 2005 Fashion Week show, to their 2010 sold-out, live streamed MSG show, Arcade Fire have built themselves up as one of the generation's best and most respected bands.

Deerhunter guitarist Lockett Pundt's second album sounds a lot like Deerhunter, and naturally so being Pundt, somewhat under the radar due to Bradford Cox's fame, co-wrote Halcyon Digest. The melancholy melodies and quiet vocals suggest isolation, but an isolation of want and not imposition. This is loner music. For headphones and train rides and solitary car trips. And it's the best of its kind to be released this year.

Converge watered down is still scarier than most horror movies you've ever seen, but a restrained version of this +20 year old hardcore staple on All We Love We Leave Behind allows for more melodic tones and a greater range in songwriting. There's still fury here though, just listen to Ben Koller blast through fills and beats faster than most people can tap their fingers and tell me otherwise.

So smart from Indoor Voices on Vimeo.

Indoor Voices are another of many My Bloody Valentine-inspired shoegaze outfits, but they execute the gorgeous melodies and male/female vocals so well it's impossible not to be impressed. Looking forward to hearing more after a very promising EP, which you can download here.

Judging by how much I’ve been posting them lately, my inbox has been flooded over with excellent music videos. Here is the latest from Toronto artist Jonathan Relph in a collaboration with director Scott Kaija and feating the dead-eyed gaze of Irene Cortes that I’m thrilled to premiere for y’all. Heady, beautiful stuff.

Get this self-titled EP on ltd. wax from Bleeding Gold Records.

Email ThisBlogThis!Share to TwitterShare to FacebookShare to Pinterest
Labels: best songs of 2012, best tracks of 2012, indoor voices, so smart

You've read it so many times now that the word dreamy is synonymous with Beach House, but you can't knock a perfect descriptor. Bloom is a continuation of the more accessible sound from Teen Dream, but with deeper textures, catchier beats and greater production value. With its triumphant chorus and a My Bloody Valentine-inspired bridge, "New Year" is an, as Filter puts it, "ethereal journey."

I was unenthusiastic about watching Bat For Lashes' new video. I had a predisposition to dislike it. The heavy-hearted look of Natasha Khan as she peers into the camera, the weird, ambiguous actress at the heart of the subject matter, the fact that it's a piano ballad; none of these things appealed to me. But then that chorus hits, those victorious soft trumpets sound, and you realize "Laura" is simply too powerful to ignore. A 2012 top 5 track.

Queue (Play/Pause) the song as you read if you have a slow connection.

Don't navigate away if you're streaming a song! Ctrl+click the links.